For several years our group of 4 surgeons had our IT services managed by another provider in Texarkana. As we transitioned to an electronic medical record system (EMR), we became completely dependent upon a seamless network connection in order to process patient charts, billing, and scheduling. We struggled for about one year with substandard performance. Our IT provider would come out to our office nearly every week and try to troubleshoot the problem, but they never improved our system's performance. After dozens of back and forth emails and service calls, we realized we needed a better solution in order for our business to run. We were fortunate that we found Bradley Wicks and his team. They performed a thorough analysis of our entire system and all computers at the office. They proposed a solution in several stages. After the very first stage, which was relatively low cost, our system was running better than it had in years. I was amazed that Bradley and his team were able to get our network up and running in essentially one visit, whereas our previous team of providers could not get our computer system to function despite attempts over several months. For computing and IT needs, our office wholeheartedly endorses Bradley Wicks and his team at IT Network Specialists. 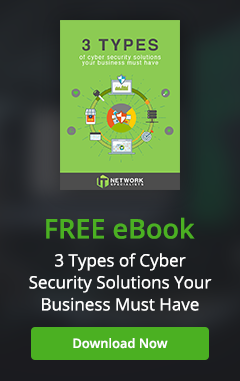 If you're struggling to put together a comprehensive network security plan, our FREE eBook is an excellent guide.